To mark International Childhood Cancer Day Patch SA is spreading its digital wings by opening its online learning platform. The Patch Academy provides accredited CPD certificate courses on aspects of children’s palliative care especially relevant for South Africa. Are you a health care provider working in South Africa? The courses are open to doctors, nurses, social workers, psychologist, pharmacists, therapists and in fact anyone who wishes to learn how to provide palliative care to babies, toddlers, children and adolescents. The courses are accredited by The Colleges of Medicine of South Africa.

Ben and the Hawkes’s inspiring story

Anton and Angie Hawkes gave permission for the use of this story and image. This is not just Ben’s story but that of the whole family.

Benjamin Hawkes was just 10 years old when he was diagnosed with osteosarcoma (bone cancer) and over the next ten months, he underwent chemotherapy, limb salvage surgery and radiation therapy. A clear PET scan at the end of this arduous treatment was cause for celebration, but two months later it was found that the cancer had metastasised and was invading Ben’s lungs.

More aggressive chemotherapy and many difficult weeks in hospital followed, leaving Benjamin weak and uncomfortable with an open-ended drain inserted into his lungs. At that time the oncologist took Ben’s parents, Anton and Angie, aside and told them that there really wasn’t anything more they could do for Benjamin other than sending him to a different hospital for radiation that could extend his life for a short time.

It was and will always be one of the toughest and most difficult moments in our lives. We sat with Ben and told him the truth – something we had agreed on from the start – and his little face fell as he asked, ‘So I’m going to die?’ I replied: ‘Yes, my boy…’ We then told him that it was up to him what he wanted to do next. We could move him to a different hospital for more radiation or we could go home. Ben may have only been 11 years old but he answered, ‘I promised that I would beat this cancer and I did, but it came back and I’m just so tired. I just want to go home.’

Surprised at their choice and reminding them that Benjamin would likely die within a few days without further treatment, Anton and Angie honoured their son’s wishes and with very little assistance arranged to collect the medical supplies and equipment needed to take him home.

Through a series of chance events, Anton received a phone call the next day recommending they contact Umduduzi Hospice Care for Children, a charity organisation that provides palliative care to children and families in hospitals and in homes in and around the greater eThekwini district. (The word ‘umduduzi’ is the isiZulu word for ‘the comforter’.) When Ben’s health seemed to improve and he outlived the 3-day prognosis from the oncologist, a concerned Anton found Umduduzi’s details online and sent them an email at midnight.

At 8 a.m. we received a phone call from Dr Julia Ambler from Umduduzi and she was at our house at 1 p.m. that same day.

Dr Ambler introduced herself to Ben. He instantly liked her because she spoke to him as an adult, never pinched his cheeks or rubbed his head, something Ben really hated. Over a cup of coffee, we had the first honest chat about palliative care, what we could expect and a conversation about death. The most notable thing to come out of this chat was that one should never give timelines about the passing of a loved one, as we found out with Ben living at home with us for almost another seven weeks. Dr Ambler advised us on what to expect in the dying stage, discussed extra pain medication to ensure Ben would be pain free as much as possible, and how we were all coping emotionally.

Ben continued to surprise us and we went on to have outings to our local beach kiosk, Crocworld and we even managed to go to the movies to watch one of Ben’s favourite sequels, ‘Guardians of the Galaxy II’. But more importantly, he was at home in his own bed with his mom, dad, sister, dogs, his guinea pigs, and his Lego.

Ben finally died peacefully at 2 a.m. in his bed at home surrounded by all those who love him…. mom, dad, his sister Abigail and dogs Teddy and mNini.

Having known very little about children’s palliative care before their son’s cancer diagnosis and the experience of his final weeks, Benjamin’s parents have since become passionate advocates for it.

There is a definite need to reach out to and educate doctors, medical practitioners and families about the benefits of palliative care; how important the last bit of dignity and sense of peace it brings for patients and families alike. Having the support of someone who understands what you are going through and reassuring you that you are doing the best you can do for your child, is invaluable.

Those last 7 weeks we had with our son was the most terrifying, heart wrenching, but most special time and having the support of Umduduzi, helped us immensely.  The grief of losing a loved one never goes away and I know, two years on, that we still shed a tear almost every day but sharing Ben’s final moments at home as a family was, and always will be, very special.

Patch SA is the national charity that supports the development of hospice and palliative care services for children like Benjamin and for all children with any type of life-threatening or life-limiting illness or condition and their families.

Despite the National Policy Framework and Strategy on Palliative Care being ratified in 2017, it has yet to be implemented and there is an enormous gap in the provision of education on children’s palliative care for medical and allied health care providers. Education in the basic elements of paediatric palliative care would ensure that children like Benjamin and his family would receive good palliative care from the time of his diagnosis, and not just in the last weeks of life. 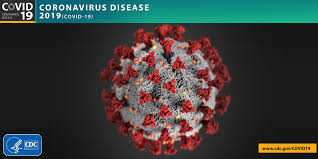 It’s not rocket science! Take the two hour online course and help to protect yourself, your loved ones and community. #Covid-19 Make a difference and stop the panic. #VixView #NCDs Course available in French and check other languages. Courtesy of the WHO.

Yesterday I completed Module 1 and nearly changed my view on complexity. The history of viral respiratory infections went on a bit. The KISS principle must apply somewhere. I perked up when being warned off getting to close to camels!

This weekend I will have a bash at Module 2+…. it can only get better.